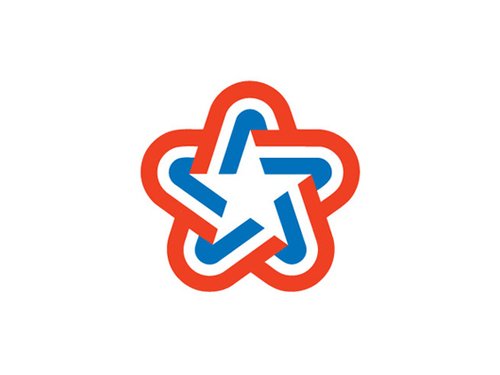 Not being much given to the worship of heroes, I have chosen a designer who is equally unlikely to see himself, or his work, as heroic. To me, Ivan Chermayeff’s self-effacing nature and attitude to design are almost as important as his prodigious output.

Born in 1932, the son of a Russian-born émigré architect, growing up in the UK and moving to the USA at the start of World War II, the young Ivan was encouraged to look, to see and to make, exposing him to creative Modernism at an early age. The family influence, both eclectic and reductive, taught him to experiment and to absorb information from all sources – it helped determine the thinking of this embryonic designer. His design education took him from Harvard to Chicago to Yale, where he graduated. Almost immediately in 1957 he formed a partnership with fellow students Tom Geismar and Robert Brownjohn. Although Brownjohn departed early on, Chermayeff and Geismar remain in partnership to this day (though now with Sagi Haviv as a third partner).

Of all the great American Modernist designers Ivan Chermayeff is still going strong with no intention of stopping. Behind him lies a career that covers the graphic waterfront – from corporate identity programmes for Mobil, Chase and NBC, through signing, exhibitions and posters to personal work in drawing, print and collage. These personal pieces currently form the focus of his exhibition ‘Cut and Paste’ at the De La Warr Pavilion in Bexhill, East Sussex (a Grade I Modernist building co-designed by his father Serge together with Erich Mendelsohn).

The range and continuity of output is impressive: it is not easy to maintain personal identity as a designer while running a successful partnership because the collaborative teamwork often results in making individual contributions indistinguishable. On both counts, as an individual designer and as a collaborating partner, Chermayeff is a proven master. The combination of challenging and influential commercial work with his own art projects, and everything in between, enhances his standing, while his half-century or more professional partnership effectively makes Tom Geismar a co-hero.

As students in London in the late Sixties many of us intuitively imbibed European Modernism, but it was to America we mostly looked for inspiration. One challenge we aspired to was how to use design to change organisations and to sort them out visually in the way that Eliot Noyes had done at IBM, with the help of Paul Rand and others, or Saul Bass had done with Bell Telephone. Did big have to be boring? Is it possible for business to combine functional efficiency, visual delight and have a human face?

Ivan Chermayeff’s work with Mobil, over a period of 38 years, proved precisely that. Mobil was both enlightened and cooperative, so the partnership became a productive one for designer and client alike. Each design output, whether restrained typography or exuberant visual imagery, reflects Chermayeff’s understanding of purpose and process. “Design is all about seeing…and making connections”, he says. “It’s finding the truth of the matter.” While not resorting to a particular style, his work seems guided by an innate knowledge of what fits and what works for the audience. Nothing unnecessary, everything in its place. He can move effortlessly between different techniques without missing a beat, just a simple, expressive idea at the heart of the design. While most of Chermayeff’s work has been done for US companies, museums and institutions, he has worked extensively in Turkey and other countries, but surprisingly not in the UK. The current exhibition of his work, his first in this country, allows a new audience some insights into the mind of a man who has spent a prolific lifetime exploring the possibilities of design.

When designing, he once said in an interview, “it’s helpful to be cooperatively minded…to share ideas…to be open with others. Remove ego as much as possible.” That’s my kind of design hero.