Where everything is possible 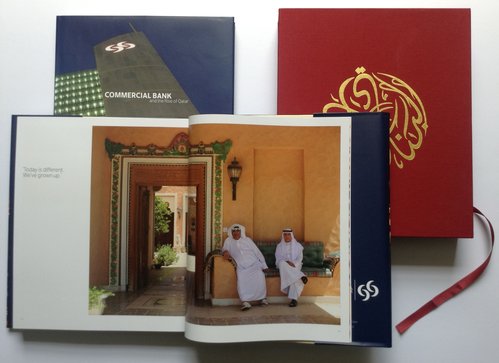 Now that Ramadan has begun in Muslim communities across the world I’m writing about a project in the Middle East – Qatar – that has absorbed a good deal of my time and energy over the last two years. The project, a brand programme for the Commercial Bank of Qatar has involved a repositioning of the Bank’s brand, an updated identity and a new look and attitude across everything it touches.

One of the less usual tasks was to help the Bank commission a history of the business. It was formed in 1975 at a time when Qatar was a largely unbanked nation with little ambition and few prospects. Today everything is different. A pioneer in those early days, Commercial Bank is closely aligned with Qatar’s own vision: the central theme of the Bank’s brand is now ‘everything is possible’. (I will write more on this later).

To accomplish the task of writing the history I turned to my friend Hossein Amirsadeghi. He took on the challenge and has created a monumental two volume record of the rise of Qatar and Commercial Bank’s achievements. Entitled ‘Realm of Possibility’ the Qatar volume has now been published in a special edition for the open market.