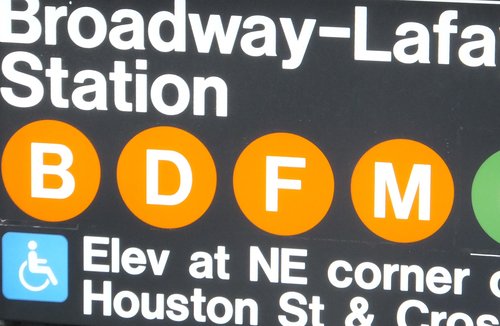 Just back from New York, I took a look at the High Line, a pedestrian walkway created out of an old disused elevated freight railway that runs along the Lower West Side of Manhattan. It’s a kind of linear urban park with spectacular views of the city and now a concept that is influencing other places. It seems London may follow New York’s lead with pedestrian and cycle paths that run alongside or over the rail infrastructure. But, as New York found out, it needs both political will and funding to make it happen. Today the High Line has a further extension planned and is one of the most popular tourist destinations in New York. We shall see if London or other cities can follow this success.

Whenever I visit big cities I always check out the metro system. All those years of designing for metros in Hong Kong, Singapore and across Asia makes me a critical observer of metro identities, maps and signing. The New York Subway system sign programme looks tough, robust and has stood the test of time. The scheme has changed and evolved over the decades and now there is a book that tracks the story of its development. Something unusual in books on design. I’m ordering a copy.