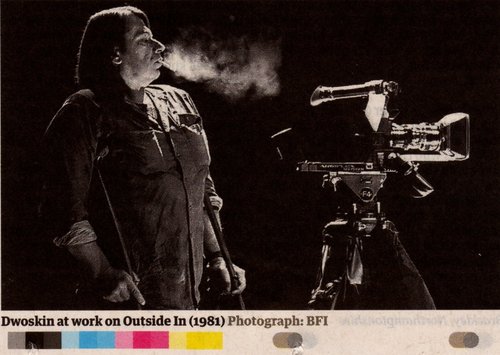 Steve Dwoskin, who died on 28 June, was a designer, painter and film maker. He was also a teacher, and those who knew him in any of these roles knew him to be an exceptionally inspiring individual. As students we recognised that Steve was out of the ordinary – coming from the States to London in the Sixties he showed us ways of looking at things that resonated at the time and never left us. I remember him propped against the wall of the studio, encouraging us to be more experimental, to embrace randomness and to enjoy the process of discovery. His independent film work was visually subversive, by turns erotic, shocking, charged and challenging. His influence on contemporary attitudes has yet to be fully recognised.