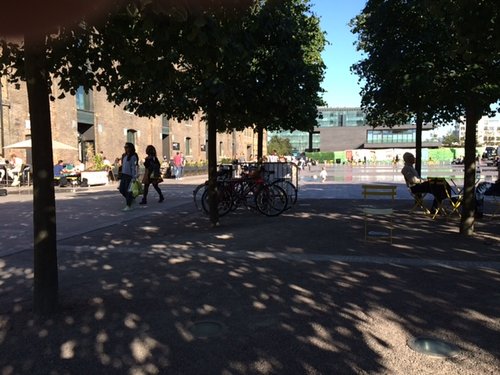 The sun shone yesterday in London for Rodney Fitch. At Central Saint Martins there was a celebration of Rodney’s life, attended by over a hundred people. For a day it was ‘Central Saint Rodney’s’ as some of those who knew him spoke of this generous and courageous man who had such an influence of the business of design. It was a chance to see some old friends and colleagues. I first met Rodney when I went for a job interview at Conran Design Group where he was creative director at the time. I then worked for Rodney for five years, during which time he took over the business that became Fitch. Those years were a real opportunity to gain experience and as a young designer I was given full responsibility for many projects, becoming an associate of the company at the age of 24. By example, Rodney taught me to make the vital connection between design and the client’s commercial success, to surround yourself with the best talent, and to be ambitious. The confidence I gained during those years was enough to help me start my own business. Lloyd Northover was one of many that spun out the Conran/Fitch stable. I kept in touch with Rodney and always found him to be warm, generous and a good friend. He will be remembered, for sure.