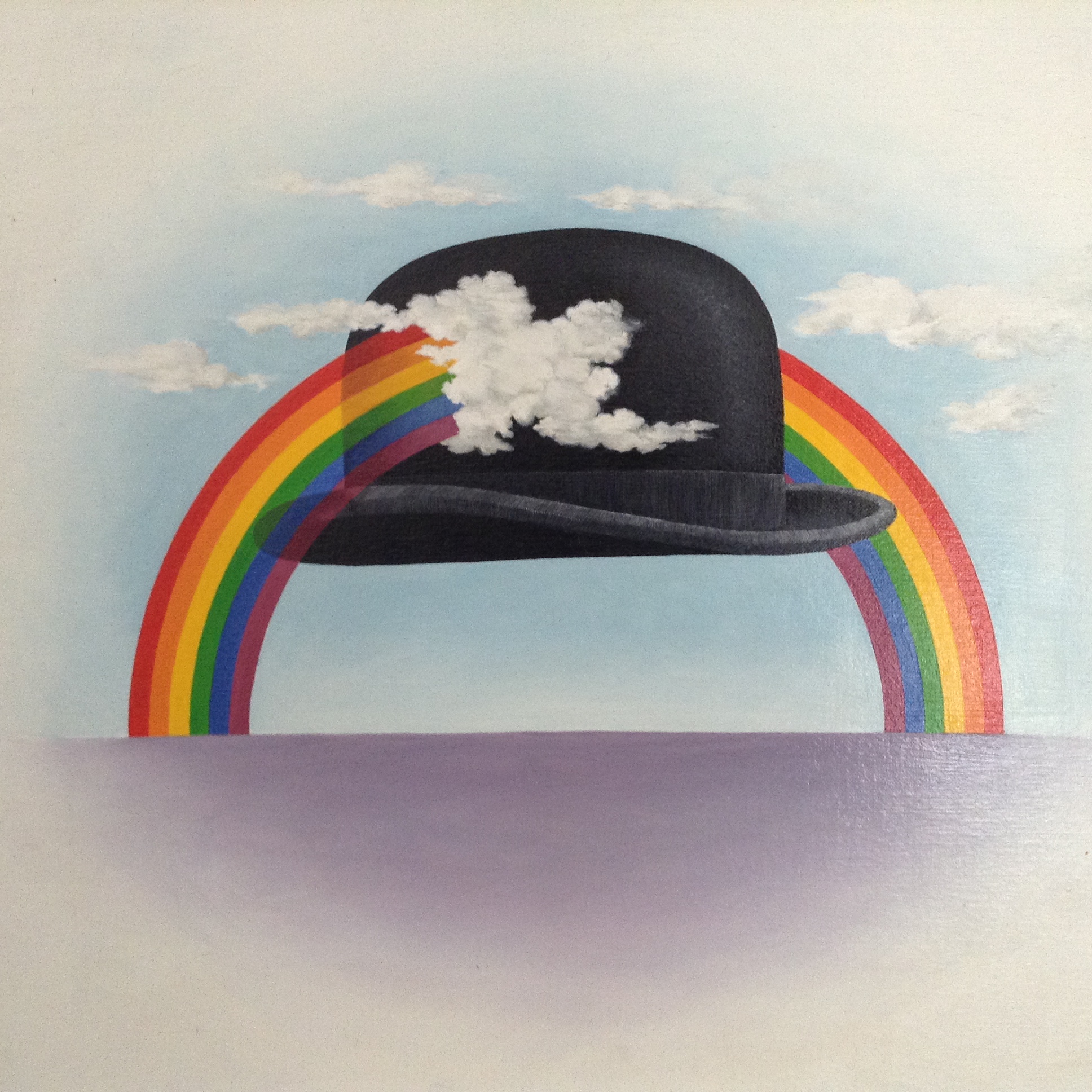 This image was commissioned as the illustration for a poster publicising the Lloyd Northover exhibition held at the London Design Centre in 1981. The rainbow signified creativity and the bowler hat business. We saw our role as designers  as simply bringing creativity to the world of business.

The image knowingly drew on two sources, both of which were readily acknowledged: one was Rene Magritte’s famous bowler hat paintings and the other a poster for the School of Visual Arts by Milton Glaser. Milton, who died just recently, was a great afficionado when it came to rainbows, and this post records the passing of a great designer who influenced me and many others through his ideas and wonderfully varied use of drawing and visual material.