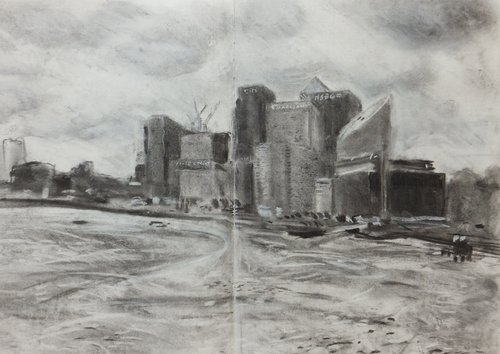 Recent news involving Barclays, the FSA and the Bank of England has been cause for reflection, among other reactions. In 1986 we (John Lloyd and I) were asked by Barclays to help them create an identity for the first UK investment bank to be launched in response to the City of London’s so-called ‘Big Bang’. Barclays had merged its merchant banking activities with brokers DeZoete and Bevan and jobbers Wedd Durlacher to make BZW. It was one of several projects we carried out for Barclays. Over time BZW succeeded, foundered, and eventually re-emerged as Barclays Capital under one Bob Diamond.

About that time the new Labour government was in the process of creating an independent regulatory authority for the City, blending various existing bodies, including parts of the Bank of England, into the FSA. We were appointed to advise on the name and create an identity, a job that had to be completed to meet a six week deadline. Now these organisations, Barclays and the FSA, are locked in conflict. Creating identities for new organisations is one thing; how they evolve subsequently is quite another.

Financial regulator and regulated banks cluster together in Canary Wharf, the latter dominating the scene. This drawing I made from Trinity Buoy Wharf earlier this month. With the Thames in front and an ominous sky, I feel there is a sense of unconscious indictment in my drawing.