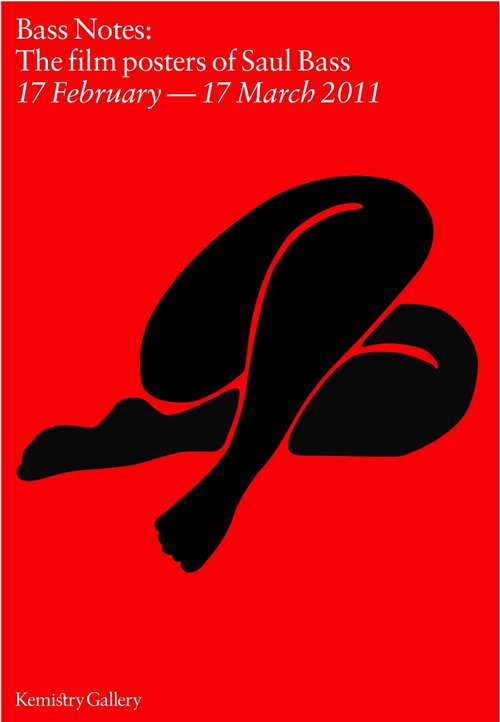 This week marks the opening of an exhibition at Kemistry Gallery in Shoreditch, which I have been organising in collaboration with the Gallery and the British Film Institute.

This text I wrote for the press release and invitation gives some of the background:

No graphic designer has made a greater impact on the world of film than Saul Bass. This exhibition brings together a collection of his film posters, film titles and film festival posters from the Lloyd Northover donation to the British Film Institute. The BFI’s Poster Archive has kindly loaned the exhibits to make this show possible.

Saul Bass’s work is instantly recognisable for its directness, its simplicity and the way it makes its meaning felt. Breaking all conventions in the 1950s and 60s, Bass virtually invented film titles as we know them today, and he was the first to synthesize movies into compelling trademark images.

In a period when graphic imagery can be so easily manipulated electronically, Bass reminds us that a strong idea is always at the heart of a great design. His work, as reflected in this exhibition, is as refreshing today as ever.