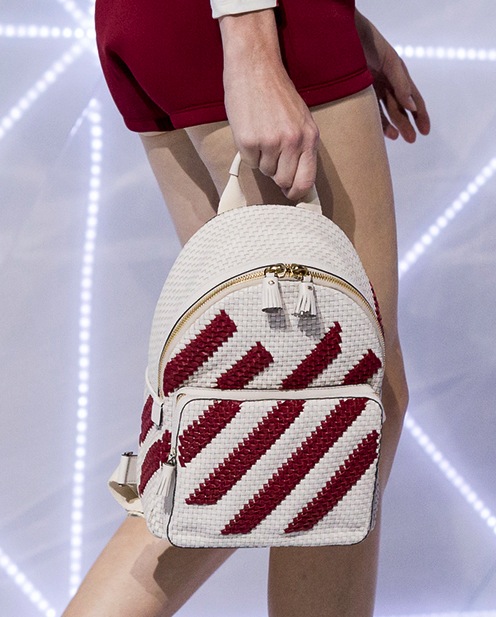 Companies with identities as familiar as DHL, Boots, Mothercare and John Lewis find themselves in the fashion limelight.

Fashion labels, of course, are no strangers to brands, having created many of the most recognisable identities themselves and cheerfully emblazoned them on garments and accessories. Chanel, Gucci, Louis Vuitton are amongst the more ubiquitous and with price tags to match. The recent marketing of a yellow and red DHL t-shirt by Vetements moves into different territory though. According to the Guardian these retailed at £185, flew off the shelves in short order and are now out of stock. The real thing can be purchased for much less but it is not quite the same. It seems DHL for one couldn’t be happier, with chairman Ken Allen proudly sporting one himself.

There is parody in the designer’s choice of brand. Something so quotidian as DHL strikes a chord with fashionistas looking for something new and the opposite of the accepted emblems of conspicuous consumption.

And then there is Anya Hindmarch, whose recent collection collaborates with brand owners to invest corporate imagery with a new fashion twist. Hindmarch prefers to revisit logos of the sixties and seventies, now retro-cool. The John Lewis carrier bag design by Peter Hatch features prominently, its own op-art inspired forms played up into a series of repeated diamonds. This design was the one we at Lloyd Northover were asked to update and simultaneously to develop a graphic linking image for all John Lewis stores and Waitrose supermarkets in the late eighties. The diagonal stripe device we created, and is still in use today, has also been reinterpreted by Hindmarch. Some of the resulting products are now available online from John Lewis, with prices staring around £1,000.

Corporate logos, much derided for their symbolic representation of consumerism, have become social icons, reflecting a new ambivalence about what such imagery means outside of its original context. Anything, it seems, is up for grabs, and the brand owners are happy to bathe in the reflected light for now. As for the designers who were commissioned to create the work in the first place…